LIBERTY--The new management team at the Liberty based Sullivan County Golf & Country  have completed renovations on the club house, have named their new restaurant, announced an increase in seasonal membership and have brought together a membership golfing agreement with the Roscoe based Twin Village Golf Club.
The new restaurant is officially named Oscar Browns and according to master chef and golf course management partner Michael Stoddard at the soft opening of the facility April 20 "we feel this will become Liberty area's hippest new source for drinks, dining, catering and other fun."
Stoddard pointed out that Oscar Brown's will feature tasty menus at the bar, in the dining room and in their catering facilities.
Stoddard at the soft opening promised a friendly, trendy and customer focused experience in their bar and restaurant.
The renovated restaurant includes a new bar area, a banquet room and a new dining room area with an entire new modern look from the previous facility. The Pro Shop is presently still going through renovations.
A warm friendly crowd greeting the soft opening which will soon be followed by a grand opening in the next couple weeks.
Stoddard and partner Brian Rourke announced an increase in seasonal memberships which has resulted in an 18-team Wednesday night men's league.
Rourke acknowledged that the ground crew will be working hard on solutions to improve conditions on the greens.
The new Sullivan County Golf & Country Club management team made a major announcement and agreement with the Roscoe Twin Village Golf Club Board of Directors which allows certificate and season members to play both golf courses with no extra charge except for cart fees.
"We will honor their memberships and they will honor our membership," Stoddard pointed out.
Stoddard said this now allows members of both courses to play two courses for the price of one while just paying carts fees.
Both clubs are also said to be looking at course competition between leagues and tournament competitions.
The Sullivan County Golf & Country Club is still owned by certificate  members and a board of governors but the new management team consisting of Liberty attorney Brian P. Rourke and former Cobblers Restaurant  owner Michael Stoddard officially took over daily operations on February 1.
The new management  agreement between Rourke & Stoddard and the unanimous approval of all certificate golf club  members provides the  new management team with a three-year agreement and an option to purchase the property.
As an accomplished restaurant owner, Stoddard owned and was the manager and cook at Cobblers Restaurant on Liberty's North Main Street from 2001-2007, was the Pro Shop Manager at the  Sullivan County Golf & Country Club in 2008, was the Food and Beverage Manager at the Tennanah Lake Golf & Tennis Club from 2009 to 2011, was a chef at the Center for Discovery from 2012-2013.
Stoddard is assuming the duties of managing both the restaurant, the pro shop and and the upkeep and maintenance of the golf course.   Tony Hirsch will retain the title of head greens-keeper.
Stoddard  said that his goal for the upcoming  season "is to let the general public know that Sullivan County Golf & Country Club welcomes all players from beginners to experienced players and that everyone can have fun here."
Certificate members still own this property and if sold each members would receive their share of the sale price.
If there is no sale of the golf course in the future the certificate members and the board of governors would again be responsible for taking over the management and daily operations.
Under this new management agreement there will be no future sales of certificate memberships but seasonal memberships, corporate memberships,  and youth memberships will be available.
Clubs will be  available  for rent and the pro shop will not sell clothing or golf clubs but will be  equipped with all the items needed for a round of golf.
The course plays host to four leagues, Monday Men's, Ladies league on  Tuesday, Men's  league on Wednesday and a Mixed league on Thursday.     Golfers who would like to contact the Sullivan County Golf & Country Club may do so at 845-292-9584.   The restaurant can be reached at 845-747-4337.
Sullivan County Golf & Country Club will have available at least 25 carts for rental.
This nine hole golf course  offers a whole set of different tees for holes 10-18 and plays to a total yardage of 3,006 yards for nine holes from the men's tees. Par is 36.for men and 39 for women.
There are no immediate plans to change the design of this 9-hole course at this time. 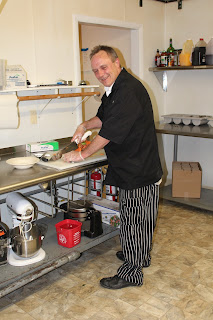 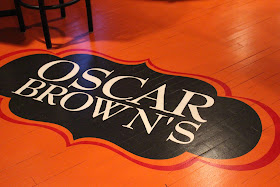 Part  of the new flooring in the bar area of Oscar Brown's Restaurant at the Sullivan County Golf & Country Club is the facilities logo. 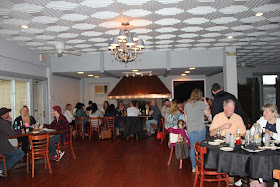 Part of the total renovations at the Sullivan County Golf & Country Club's new Oscar Brown's Restaurant is this section housing the dining room. 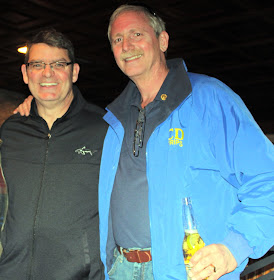